T.I Speak Out On Who Started Trap Music In The South Do You Have A Clue


BHR HollyWood Reports........Recently T.I speak out on who started Trap Music in the south and he indeed say himself. Can anyone argue this is true.....

Tip has people talking on the street about his comment and some has different feeling about his claim...

Trap music is defined by its ominous, bleak and gritty lyrical content which varies widely according to the artist. Typical lyrical themes portrayed include observations of hardship in the "trap", street life, poverty, violence and harsh experiences in urban inner city surroundings

The term "trap" is used to refer to the place where drug deals are made. The term originated in Atlanta, Georgia, where rappers Cool Breeze, Dungeon Family, Outkast, Goodie Mob, and Ghetto Mafia were some of the first to use the term in their music. In the early 1990s, rappers UGK, 8Ball & MJG, Cool Breeze, Master P, and Ghetto Mafia were among the first rappers other than NWA to introduce the "trap" or drug dealing lifestyle into their music. In 1992, UGK's "Pocket Full of Stones" was one of the earliest records to be released from their major-label debut album Too Hard to Swallow. It was also featured in the 1993 film Menace II Society. In 1996, Master P released his single "Mr. Ice Cream Man" from his fifth studio album Ice Cream Man. Fans and critics started to refer to rappers whose primary lyrical topic was drug dealing, as "trap rappers". David Drake of Complex wrote that "the trap in the early 2000's wasn't a genre, it was a real place", and the term was later adopted to describe the "music made about that place."

During the early-to-mid 2000s, trap music began to emerge as a "trashed" genre after the mainstream success of a number of albums and singles with lyrics that covered topics about life in "the trap", drug dealing and the struggle for success. Several Southern rappers with drug dealer personas such as T.I., Young Jeezy, Gucci Mane, Yo Gotti, and Rick Ross produced crossover hits and helped expand the popularity of the genre, with trap records beginning to appear more heavily on mixtapes and radio stations outside of the South.Though trap artists were somewhat diverse in their production styles, the signature and quintessential trap sound (typically based around synth, orchestra and string swells with tight, bass-heavy 808 kick drums) that would come to be associated with the genre developed in Atlanta during trap's mid-2000s breakthrough. Some of the notable trap producers during the mid to late 2000s include DJ Toomp, Fatboi, Drumma Boy, Shawty Redd, D. Rich and Zaytoven. The first wave of the trap sound developed was influenced by earlier Southern producers such as Lil Jon, Mannie Fresh and DJ Paul

With the exception of Outkast, let me think, Goodie Mob... with the exception of that, before I came in the game, it was Lil Jon, Outkast, Goodie Mob, okay so you had Crunk music and you had Organized Noise. There was no such thing as trap music, I created that, I created that. I coined the term, it was my second album, Trap Muzik it dropped in 2003. After that, there was an entire new genre of music created. An open lane for each of you to do what you do, and live your lives, on T.V., and be accepted by the masses. The masses have accepted you 'cause I opened the door and you walked through it. Don't forget who opened that door cuz.

2010
A second wave of trap artists continued to gain momentum and frequently top the Billboard hip hop charts. Trap producer Lex Luger broke out of relative obscurity, gained huge popularity, and went on to produce more than 200 songs between 2010 and 2011, including a number of singles for popular mainstream rap artists such as Rick Ross' "B.M.F. (Blowin' Money Fast)", Kanye West and Jay-Z's "H•A•M", and Waka Flocka Flame's "Hard in da Paint"and more. 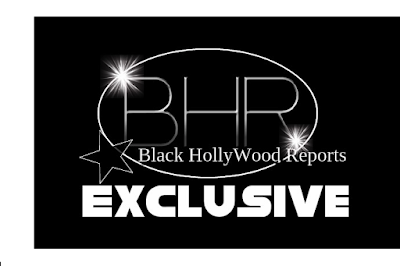