BHR Hollywood Reports........The Golden State Warriors said Saturday the team wouldn't go to the White House — even if they had been invited — after President Donald Trump suggested in a tweet that basketball star Stephen Curry is not welcome.

"We believe there is nothing more American than our citizens having the right to express themselves freely on matters important to them," the NBA champions said in a statement. "We're disappointed that we did not have an opportunity during this process to share our views or have open dialogue on issues impacting our communities that we felt would be important to raise."

While its customary for professional sports teams that have won titles to get an audience with the president, Curry told reporters Friday that he would sit out on any potential trip.

In response, Trump tweeted Saturday morning that going is a "great honor," but added: "Stephen Curry is hesitating,therefore [sic] invitation is withdrawn!"


Going to the White House is considered a great honor for a championship team.Stephen Curry is hesitating,therefore invitation is withdrawn!
— Donald J. Trump (@realDonaldTrump) September 23, 2017

It was enough to elicit an immediate response from one of the biggest names in sports, Cleveland Cavaliers star Lebron James, who directed a tweet at Trump that began, "U bum."


U bum @StephenCurry30 already said he ain't going! So therefore ain't no invite. Going to White House was a great honor until you showed up!
— LeBron James (@KingJames) September 23, 2017


But Trump's lashing out against certain professional athletes went further Saturday afternoon, when he tweeted that players who want "the privilege of making millions of dollars" in the NFL and other leagues then shouldn't be allowed "to disrespect our Great American Flag (or Country) and should stand for the National Anthem."

Trump's tweets come after a freewheeling political rally in Alabama where he blasted NFL players who kneel during the national anthem and called for them to be sacked. 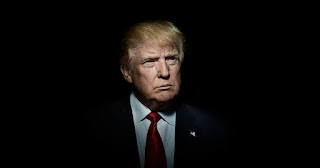 Warriors coach Steve Kerr, one of those who have been critical of Trump's policies, said earlier that the team had yet to receive an official invite from the White House after their NBA Finals win against the Cavaliers, but players would decide together whether or not to accept one.

Curry, a two-time MVP who inked the first $200 million contract in NBA history this summer, is not known to court controversy and has become a popular pitchman for Under Armour and Nissan's Infiniti line. The 29-year-old has also burnished a reputation as a family man with his TV chef and wife, Ayesha, and their two young children.