BHR Congratulates Scrappy And Bambi For Tieing the Knot !

BHR Hollywood Reports.........Lil Scrappy, 33, and Bambi Benson, 31, just took their relationship to the next level by saying their “I dos” during a romantic ceremony over the weekend, according to reports.

The pair reportedly had been telling friends and family that they would be getting married and they’ve been sporting diamond sparklers on social media for over a week! 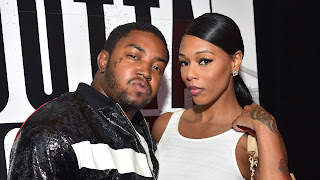 Fans couldn’t be more excited for the couple, especially after watching them fall head over heals for each other on Love & Hip Hop: Atlanta.

The pair had broken up earlier this year calling off their engagement, but recently reconciled. Scrappy has a daughter from a previous relationship with former LHHA cast mate Erica Dixon. Bambi has no children.


Congratulations To the couple