Mr. Frazier, one of the nation’s most prominent African-American chief executives, had announced through his company’s Twitter account that he was resigning from the president’s American Manufacturing Council in response to Mr. Trump’s refusal over the weekend to immediately and directly condemn the white supremacists and neo-Nazis carrying swastika flags in Charlottesville, Va. Mr. Trump had blamed the bigotry and violence — which left one anti-bigotry protester dead — on “many sides.”

“America’s leaders must honor our fundamental views by clearly rejecting expressions of hatred, bigotry and group supremacy, which run counter to the American ideal that all people are created equal,” Mr. Frazier said. 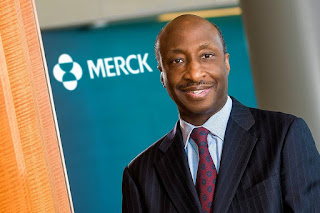 Frazier, who is African American, said in a tweet on Monday that the country's leaders must "honor our fundamental values by clearly rejecting expressions of hatred, bigotry and group supremacy."

One person was killed in the protests after a car slammed into a crowd and multiple people were injured in that incident and in in running clashes between white supremacists those opposing them.

Other executives who agreed to serve on councils advising the president have already resigned, citing separate stances taken by the Trump administration.

Tesla CEO Elon Musk resigned from the manufacturing council in June, and two other advisory groups to the president, after the U.S. withdrawal from the Paris climate agreement. Walt Disney Co. Chairman and CEO Bob Iger resigned from a White House advisory council for the same reason.