BHR Hollywood Reports..............Glenda Hatchett detailed the devastating death of her daughter-in-law, who past away in April from complications of a C-section. On April 12, hatchetts son Charles S Johnson IV and his wife Kyira Dixon Johnson went to Cedars-Sinai Medical Center in Los Angles For the schedule C-Section. 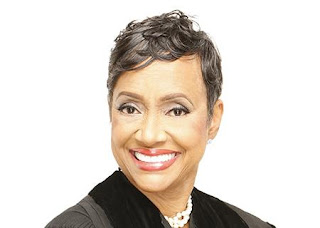 On Wednesday, Hattcher and her son delivered remarks outside the hospital and revealed Johnson filed a wrongful death lawsuit against the doctors in charge of caring for Kyira .According to the autopsy Kyira's case of death was "do to hemorrhagic shock due to acute hemoperitoneum."

The lawsuit claimed the doctors did not properly respond to her symptoms and did not treat her bleeding in a timely matter.

"The tragic death of this magnificent young women who had became my daughter was absolutely so unnecessary.: "The complaint speaks for itself and i trust this lawsuit will spare other families the enormous pain that we are suffering.'

Kyira gave birth to her son Langston around 2:33 p.m. and was taken to the recovery room around 3 p.m. Three hours later , nurses allegedly first noticed blood in her urine catheter and informed doctors of the situation.

Although a CT scan was ordered to view her pelvis and abdomen,according to the lawsuit the scans were never performed.

a little before midnight, doctords allegedly requested for kyria go for surgery so they could identify the source of her bleeding. During her surgery, the doctors found three liter of blood in her abdomen, according to the court docs.