LaToya Odom (Baby Mama) Of Pastor Jamal Bryant Wants Him To Be In Jail !! 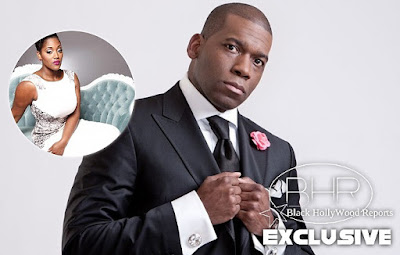 BHR Hollywood Reports...............LaToya Odom is Calling Out Her Child Father !! according To Ms. Odom , Bryant has ignored a court order regarding child support and now she wants the pastor trowed bars .

She Placed a lawsuit back in 2016, demanding him to make child support payments for their son (John Karston Bryant) who was born in 2015.

She also fought for custody of baby john. Bryant claimed he made child support payments . However Bryant says Odom continued to harassed  him which made him stop the payments .

Odom reached a settlement last November with Odom gaining primary custody of her son while Bryant received visitation. The
child support amount would not be disclosed , however Bryant covered Odom $13,500 Legal Bill .

Now Odom has accused Bryant of not providing her with his address for their sons medical card and Bryant is supposedly "late time to time" on his child support payments.

Odom is calling for an revised court order so Bryant can make payments on his time. She also want the 45 year old pastor sent to jail for contempt