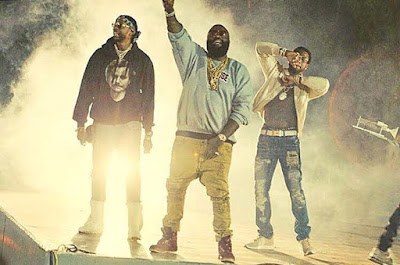 Later, Rozay and Guwop are joined by Tity Boi as they rhyme on top of a liquor store. “It’s time to buy back the block,” raps Ross while footage of Atlanta neighborhoods flash across the screen. “It’s time to buy back the ‘hood.”
“Buy Back the Block” is the first single off the MMG leader’s Epic Records debut Rather You Than Me, which is slated for release in early 2017.