BHR Hollywood Reports........After releasing a hilarious teaser, Chocolate Droppa and Trey Songz unite in the video for “Push It On Me,” where the laughs continue. 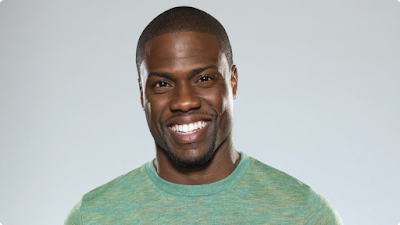 “Word on the street is that Droppa’s the new sex symbol,” he warns. “Mr. Steal Your Girl is about to have all of his girls stolen! Droppa style!”

Though the new mixtape from Kevin Hart aka Chocolate Droppa is meant to promote the comedian's new stand-up film, "What Now?", that doesn't mean he's not serious about making some of its songs blow up. The Droppa has now shared the video to "Push It on Me," the single he shared about two weeks before dropping the What Now? tape.

Though he's listed as the lead artist, the song really belongs to Mr. Steal Your Girl, aka Trey Songz. Trey entices a group of women on the beach with his voice as well as his new puppy.

Chocolate Droppa attempts to compete by standing on a mountaintop next to a majestic tiger. He raps a humorous verse near the end of the song, shedding some light on how he was able to lock a record deal with Motown.