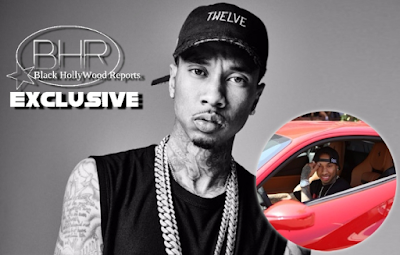 BHR Hollywood Reports............We obtained the documents which state Alex Benedict has filed the suit against Tyga after the rapper failed to pay him for the fancy car. According to the docs, Benedict is leasing the Ferrari and made an agreement with Tyga in May to take over the payments. However, the rapper didn't pay him, and by August Benedict had to have the car repossessed.
The first time was Aug. 31, but Tyga struck another deal to get the car back (yes, really) and was supposed to return it Oct. 9. Benedict says Tyga failed to do that too, and the repo man went back to work on Nov. 8.
Benedict is suing to get at least $150k in damages. This might explain that umm ... birthday surprise.