BHR Hollywood Report..........A video of a black man being arrested for apparently walking in the street due to a closed sidewalk in Edina is going viral.

A video clip making the viral rounds depicts the aftermath of a police officer in suburban Edina catching a black man walking in the street, instead of on the sidewalk. By the time the video starts, the man is already being forcefully walked back to a squar car.

The civilian becomes increasingly incensed, saying he had no choice but to enter the street, as the sidewalk was closed.

The woman who posted the seven-minute video wrote in the description that she passed a man who was walking on the white line of the street’s shoulder.

“There was construction and it was obvious that the sidewalk was not available right there so he was hugging the right side as far as he could go,” she said.

“I went around him and noticed in my rearview mirror that an unmarked SUV turned on police lights. The officer pulled in front of the pedestrian to cut him off and proceeded to accuse him of walking in the middle of the street.”

The woman repeatedly tries to appeal to the officer as the man becomes more and more upset. The man is shown removing his coat, shirts and backpack in an attempt to get away from the officer’s grasp.

Another officer soon arrives and tells the man, “My partner told me you’re under arrest.” Both the woman shooting the video and a bystander claim the first officer never said the man was going to be arrested.

“You could have just showed him where to walk really kindly. You are the one that incited this,” the woman said. “He’s scared. People die in these situations, it’s scary.”

The video, which has been shared by Rhymesayers rapper Toki Wright, among others, went rapidly viral, and the City of Edina put out a statement Friday afternoon addressing what happened. 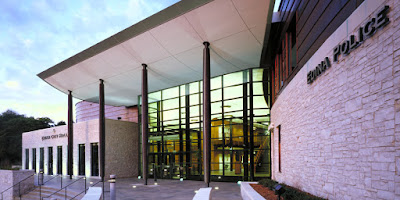 The city's version says the tape this woman took leaves out a defiant stance taken by the man who would later be placed under arrest.