BHR Hollywood Reports..........George Zimmerman, the man who fatally shot 17-year-old Trayvon Martin in Florida, is selling the gun he used.

The 9mm pistol, which the neighborhood watch volunteer fired at Martin on Feb. 26, 2012, will be auctioned off Thursday on website gunbroker.com. 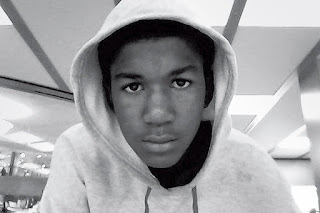 “Our site rules state that we reserve the right to reject listings at our sole discretion, and have done so with the Zimmerman listing. We want no part in the listing on our web site or in any of the publicity it is receiving.”

Zimmerman has re-listed his pistol on unitedgungroup.com.

A spokesperson for unitedgungroup.com says he got in touch with Zimmerman through a mutual friend once the initial listing was removed.

He tells us unitedgungroup.com’s stance on the controversial item is if it’s legal, they have no objections and it “comes down to a moral decision for George to do what he wants with his property.”

Zimmerman said he has received several offers for the firearm, from the Smithsonian Institution in Washington, D.C., to individuals whose plans for the guns didn't sit well with him, he said.

"This is a piece of American History," he wrote on the site. "It has been featured in several publications and in current University text books."

The Trayvon Martin Foundation released a statement to FOX 35 in Orlando, though members did not comment on Zimmerman specifically.