The celeb website, citing a signed birth certificate from Cedars-Sinai Medical Center in Los Angeles, Calif. they said they saw, reports that the couple named their daughter...

Which, combined with daddy's last name, makes her...

TMZ contradicts earlier reports that the girl was named Kaidence, which would have been in keeping with the Kardashians' love of names that start with K. Which extended even to both Kim's baby daddy Kanye, and her husband of 72 days, Kris Humphries.


So apparently the buck stops at North.

In March, Kardashian denied rumors that North was a name option during an appearance on The Tonight Show. 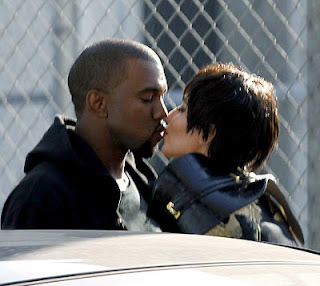 "I like Easton. Easton West. I think that's cute," she said at the time.
The baby was born June 15, five weeks early. She is the first child for Kardashian and West.

I'm Big Blac This Is Your BHR HollyWood Report